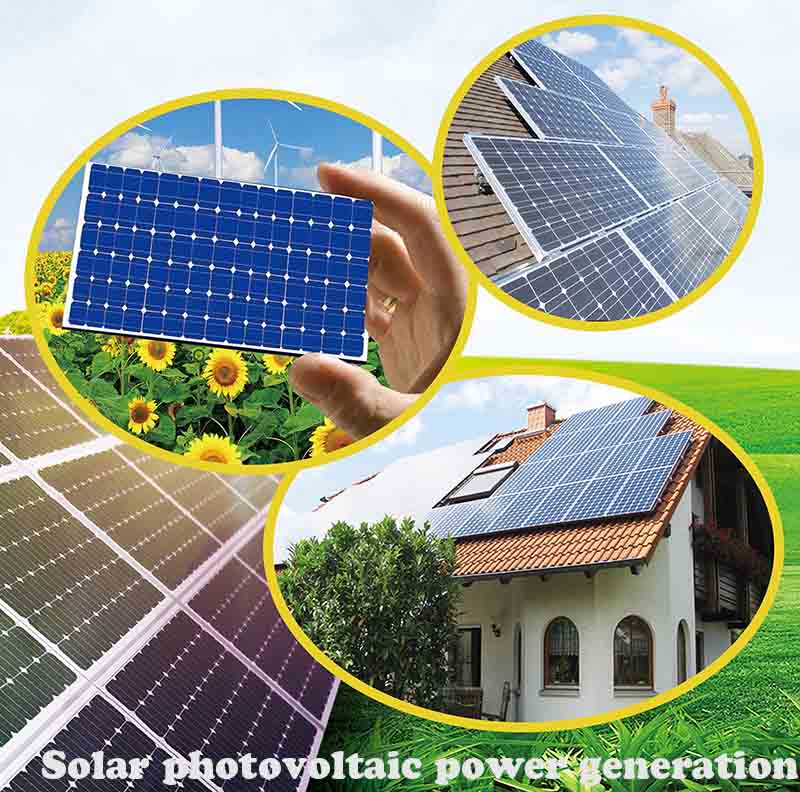 by admin May 18, 2022 Solar Cell Foundation and Development

China’s conventional energy reserves are far below the world average, only about 10% of the world’s total reserves. With the gradual exhaustion of conventional energy and the increasingly prominent environmental problems, the country must gradually change the energy consumption structure and vigorously develop new energy represented by solar energy. Among various new energy sources, solar energy is abundant in reserves, and hardly produces any pollution during development and utilization. It is the most ideal alternative energy for mankind and has great potential for development and utilization.

(1) Development status of solar photovoltaic power generation in the world

With the support of governments around the world, the solar photovoltaic power generation industry has developed rapidly in recent years. Affected by the global solar photovoltaic market demand, solar cell production has grown the most rapidly. In 2008, the global solar cell production was 6.85GW, which increased to 10.66GW in 2009, and reached 20.5GW in 2010, almost doubling from 2009. The output of polysilicon is also increasing year by year. In 2009, the output of polysilicon was 110,000 tons, and in 2010, the output of polysilicon reached 160,000 tons. In the 1960s, the first photovoltaic modules for ground applications were priced at US$1,500/W, and then the price of PV modules gradually dropped to US$300/W. Due to factors such as technological progress and the expansion of production scale, the price of photovoltaic modules has been continuously reduced, especially since the 21st century, the production cost of photovoltaic modules has dropped significantly. In 2000, the price of PV modules was $4.5/W; in 2010, it dropped to $1.7/W.
Since 2007, the world photovoltaic market has shown an explosive growth trend. In 2007, the world’s cumulative installed photovoltaic capacity was 12.3GW; by 2010, the cumulative installed photovoltaic capacity reached 39.6GW, with an average annual growth rate of more than 50% in the past five years.

China has formulated a series of policies to encourage the development of solar photovoltaic power generation. On August 31, 2007, the “Medium and Long-Term Development Plan for Renewable Energy” was released, which clearly stated that the proportion of renewable energy in China’s energy consumption will be gradually increased, reaching 10% in 2010, and is expected to reach about 15% by 2020. Among them, the cumulative solar photovoltaic power generation is 1600MW. The solar energy industry has been included in the national strategic emerging industry and will be given key support.

① There is a gap between the research and industrialization level of photovoltaic technology compared with foreign countries. The solar cells developed in China, such as monocrystalline silicon and polycrystalline silicon cells, are 5% lower than the world’s advanced level in laboratory conversion efficiency, and 2% to 3% lower in commercial cells. There are very few enterprises in China that really have industrial scale and master core technology. The production of solar cells requires high-purity polysilicon, but China’s current refining technology is relatively backward. Compared with foreign levels, the refining purity of Chinese polysilicon is lower, but the energy consumption is 2~3 times higher, and the environmental pollution is serious. Therefore, more than 90% of the high-purity polysilicon of solar cells manufactured in China can only be imported, which directly affects the production and product cost of solar cells, resulting in higher cost of photovoltaic power generation.

②The solar photovoltaic equipment is backward, and the localization of special raw materials is not high. About 1/3 of China’s photovoltaic equipment relies on imports, and the performance indicators and reliability of some equipment still need to be improved. Such as polysilicon casting furnace, wire cutting machine ingot breaking machine, etc. need to be imported. PEVCD hydrogenated silicon deposition equipment, screen printing machine, cell sorting machine, series welding machine and other performance can not meet the needs of modern production, need to introduce a full set. Almost all the key equipment of China’s new large-scale solar cell production lines are imported, and the localization matching rate is very low, and the core key technologies still need to be researched and breakthroughs.

③Silicon materials are basically imported, while most of the photovoltaic products produced in China are sold abroad, that is, “two ends are outside”, and the market is highly dependent on foreign markets. In addition, the fierce market competition is also a fact that cannot be ignored.
At present, from the perspective of the global photovoltaic market, it is in a situation of oversupply, and it is difficult to change in the short term. At present, China’s solar photovoltaic applications are still very imperfect in terms of technical standards, management procedures, and quality monitoring systems, including photovoltaic product quality inspection and certification systems. and management methods, unified photovoltaic system design specifications, photovoltaic system operation, maintenance and management specifications. There is a lack of perfect technical standards and management requirements for the integration of solar photovoltaic power generation into the grid. The operation mechanism for distributed power generation to be connected to the grid has not been established, and a reasonable on-grid electricity price mechanism has not been formed. There is no unified technical standard for the photovoltaic building integration system. These problems hinder the development of photovoltaic grid-connected power generation.

Read more: What are the physical and electrical properties of solar panels?