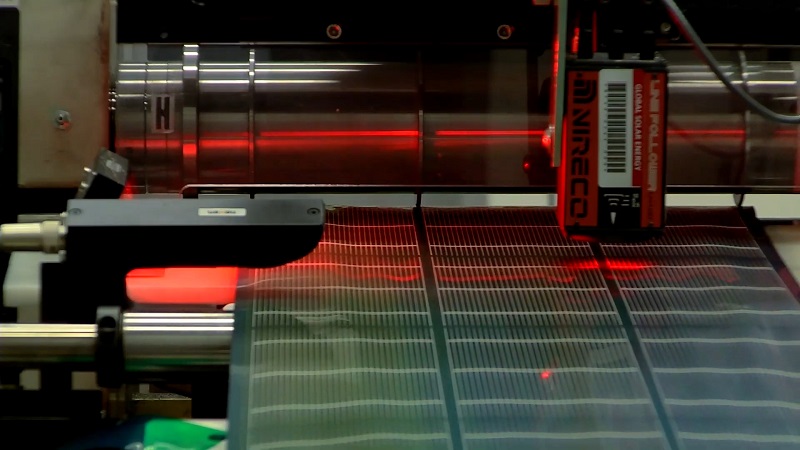 At present, the three-junction GaAs solar cell is mainly used in space power supply, and all countries in the world hope to apply the cell to the ground. Representative research institutions and companies mainly include Emcore, Spectrolab, Entech, Flatcon, Fraunhofer ISE, Azur, Japan Energy, Sharp, etc. in the United States. Compared with space, the ground spectrum due to the absorption of sunlight by the atmosphere makes the spectrum reaching the earth’s surface, the spatial spectrum distribution and intensity different, and the density of the ground solar spectrum is smaller, which requires the structure of the ground tandem solar cell. The necessary design and adjustment are made, that is, the updated requirements for the structure of the stacked battery are put forward. The main problems of concentrating solar cells are as follows.

②The increase of the concentration multiple will double the short-circuit current, which will increase the resistance power loss of the entire solar cell, which will obviously affect the filling factor of the solar cell.

The usage of multi-junction tandem solar cells can be divided into 2-terminal, 3-terminal and 4-terminal according to the number of terminals. For the 4-terminal structure, each sub-battery is relatively independent and has its own output terminal. Therefore, there is no limit to the polarity, current or voltage of the sub-cells. However, this structure has the problem of difficult connection, and requires a very complicated connection structure and process. The 3-terminal structure requires a contact layer to realize the intermediate output terminal. The advantage is that there is no matching limit on the photocurrent, but the problem with this structure is that the polarities of the subcells are reversed. The series structure in the 2-terminal structure has strict requirements on the photocurrent, and the polarities of the sub-cells must be consistent. However, the 2-terminal structure battery has very important advantages: the sub-cells can be effectively connected through a single high-quality tunnel junction, and the battery only needs to make metallized electrodes on the upper and lower surfaces as the output terminals, and the process can be completely compatible with the single-junction junction. The battery is as simple to integrate as a component.