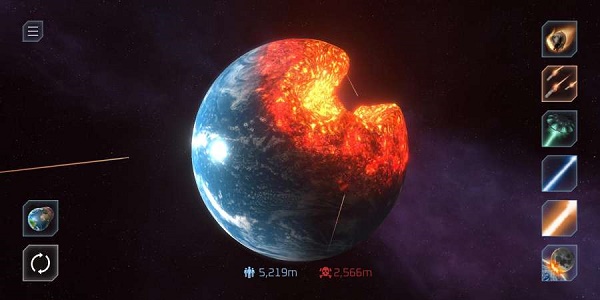 Solar simulator
Solar cells are semiconductor devices that convert solar energy into electrical energy. From the perspective of application and research, its photoelectric conversion efficiency, output volt-ampere characteristic curve and parameters must be measured, and this measurement must be measured in the specified standard solar It is meaningful to proceed under the light. If the characteristics of the test light source are very different from the sunlight, the measured data cannot represent the real situation when it is used under the sun, or even can not be converted to the real situation, considering that the sun itself changes with time and place Therefore, a standard sunlight condition must be specified so that the measurement results can be compared with each other, and the performance parameters of the solar cell in actual application can be estimated based on the test data under the standard sunlight.

(1) Introduction to solar radiation. The sun is not a black body with a constant temperature, but a radiator that emits and absorbs many layers of different wavelengths. When applying solar energy systems, it is usually regarded as a black radiator with a temperature of 600K, as shown in Figure 1. The relationship between monochromatic radiation density and wavelength and temperature is determined according to Planck’s law. The radiation density in the entire wavelength range is determined by Stephen Boltzmann’s law.

① X-rays and other shorter-wavelength radiations in the solar spectrum cannot pass through the atmosphere to reach the surface because they are strongly absorbed by nitrogen, oxygen and other atmospheric molecules in the ionosphere.
②Most ultraviolet rays are absorbed by ozone.
③The weakening of visible light energy is mainly caused by the strong scattering of the earth’s atmosphere.
④The weakening of infrared spectrum energy is mainly due to the selective absorption of solar radiation by water vapor.
⑤Radiation with a wavelength of more than 2500μm is inherently very low in the upper boundary of the atmosphere. Coupled with the strong absorption of carbon dioxide and water, the energy that can reach the ground is even smaller.

Therefore, for the solar energy reaching the ground, only the radiation of 290 ~ 2500pum should be considered.

(2) The basic characteristics of solar radiation.
① Irradiance: usually called “light intensity”, that is, the light power that a person hits on a unit area, the unit is W/m2 or mW/cm2.

For space applications, the specified standard irradiance is 1367W/m2, and for ground applications, the specified standard irradiance is 100W/m2. In fact, the ground sunlight is related to many complex factors. This value can only be obtained at a specific time and under ideal climate and geographical conditions. The more common irradiance on the ground is in the range of 600 ~ 900W/m2. In addition to the irradiance value range, one of the characteristics of solar radiation is its uniformity, which ensures that each point on the same solar cell array The irradiance is the same.

②Spectral distribution: solar cells have different responses to light of different wavelengths, that is to say, light with the same irradiance but different spectral components irradiates the same solar cell with different effects. Sunlight is a combination of various wavelengths. Light, its spectral components constitute a spectral distribution curve, and its spectral distribution is also the same with the difference of location, time and other conditions. The situation outside the atmosphere is very simple. The solar spectrum is almost equivalent to the blackbody radiation spectrum of 6 000K, which is called the AMO spectrum. On the ground, part of the sunlight is absorbed after passing through the atmosphere. This absorption is related to the thickness and composition of the atmosphere, so it is selective absorption, resulting in a very complex spectral distribution, and changes with the sun’s zenith angle , The sunlight transmission path is different, the absorption situation is also different, so the spectrum of the ground sunlight changes at any time. Therefore, from the perspective of testing, it is necessary to specify a standard terrestrial solar spectrum distribution. In clear weather conditions, when the sun travels through the atmosphere to reach the ground 1.5 times the thickness of the atmosphere, its spectrum is the standard terrestrial solar spectrum, referred to as the AM1.5 standard solar spectrum. At this time, the sun’s zenith angle is 48.19°, because this situation is more representative on the ground. The solar radiation spectrum near the ground is shown in Figure 2.

The standard sunlight on the ground has an irradiance of 100W/m2, a solar spectrum of AMI. 5, and sufficient uniformity and stability. There are few opportunities for such standard sunlight to be found outdoors, and solar cells must be here. Therefore, the only way is to use artificial light sources to simulate sunlight, the so-called solar simulator.

(3) Classification of solar simulators. The solar simulator is a device that simulates sunlight. Due to the small size of the solar simulator itself, the test process is not affected by factors such as environment, climate, time, etc., thus avoiding the limitations of various factors of outdoor measurement. In the photovoltaic field, the solar simulator is equipped with electronic load, data acquisition and computer equipment, which can be used to test the electrical performance of photovoltaic devices (including solar cells, solar cell modules, etc.), such as Pmax, Imax, Umax, ISC , UOC, FF, Eff, Rs, Rsh and IU curves, etc.

Although the solar simulator has a wide range of applications in solar cell testing, it deviates from the real sunlight after all. For solar cells, the most credible test conditions are sunny days with no visible clouds in a large area around the sun, and light intensity conditions greater than 800W/m2. At this time, the spectral deviation is less than 5%, which is suitable for testing and calibrating various solar cells. It is the best condition for making standard solar cells (or photovoltaic modules).

Correction of test temperature
Solar cells are required to be measured under standard test conditions, but in the actual test process, the temperature of the solar cells will fluctuate with the ambient temperature, which will affect the accuracy of the measurement. In accordance with the “Correction Method of Temperature and Irradiance Specified in the CB/T 6495. 4 Standard”, the measured I-U characteristics are corrected to the standard test conditions according to the following formula: