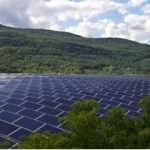 There are many methods to test the lifetime of minority carriers, including microwave photoconductivity decay method (m-PCD), surface photovoltage (SPV), direct current photoconductivity method (four probes), electron beam induced current (EBIC), electroluminescence/photoluminescence Wait. These measurement methods all include two basic aspects of unbalanced carrier injection and detection. The most commonly used injection methods are light injection and electrical injection, and there are many ways to detect unbalanced carriers, such as detecting changes in electrical conductivity, detecting changes in microwave reflection or transmission signals, etc. This combination forms many life test methods. Such as: DC photoconductive attenuation, high frequency photoconductive attenuation, surface photovoltage, microwave photoconductive attenuation, etc. For different test methods, the test results may be different, because for different injection methods, the thickness or surface conditions are different, and the detection and algorithms are also different. Therefore, the minority birth life test does not have an absolute concept of accuracy, nor an internationally recognized standard, only the concept of repeatability and resolution. For the same sample, comparison experiments between different test methods are required, but the comparison results are not ideal. Here is a detailed introduction to the microwave photoconductive attenuation method (μ-PCD), as shown in Figure 14 and Figure 15. This method uses a pulsed laser (904nm) to generate electron-hole pairs. When the laser is removed, the electron-hole pairs recombine. By measuring the change in the conductivity of the sample to be tested, the minority carrier lifetime can be obtained, as shown in formula (2-1-1) .

In the formula: Teff is the effective life (test life); Tbulk is the body life: Tsd is the life affected by the surface compound. S and S2 are two
The recombination rate of each surface; d is the thickness of the sample; D is the diffusion coefficient.
Compared with other methods, the microwave photoconductive attenuation method (μ-PCD method) has the following characteristics:
① No contact, no damage, fast test.
②Ability to test lower life.
③ Able to test samples with low positive rate (samples with a minimum of 0.1ohm-cm can be tested)
④It can test silicon ingots, silicon rods, silicon wafers or finished batteries
⑤ The sample can be tested directly without passivation treatment
⑥ Both P-type materials and N-type materials can be tested.
⑦There is no strict requirement on the thickness of the test sample.
⑧ This method is the most accepted method of life test for minority births in the market
Minority carrier life test is widely used in the photovoltaic field. For example, in single product growth and slice production, the minority birth life test can be used to adjust the process of single product growth, such as: temperature or speed: control the proportion of recycle materials, head and tail materials or other recycled materials: detect single product rods or single products The factory index of the wafer; in the polycrystalline casting production, the minority carrier life test can be used for the quality control of the silicon ingot process: the head and tail position can be accurately judged according to the minority carrier life distribution; it can be used for the wafer advance inspection and the process in the solar cell production process Contamination control in the process and inspection after the plum process (such as phosphorus diffusion, silicon nitride passivation, metallization, etc.).