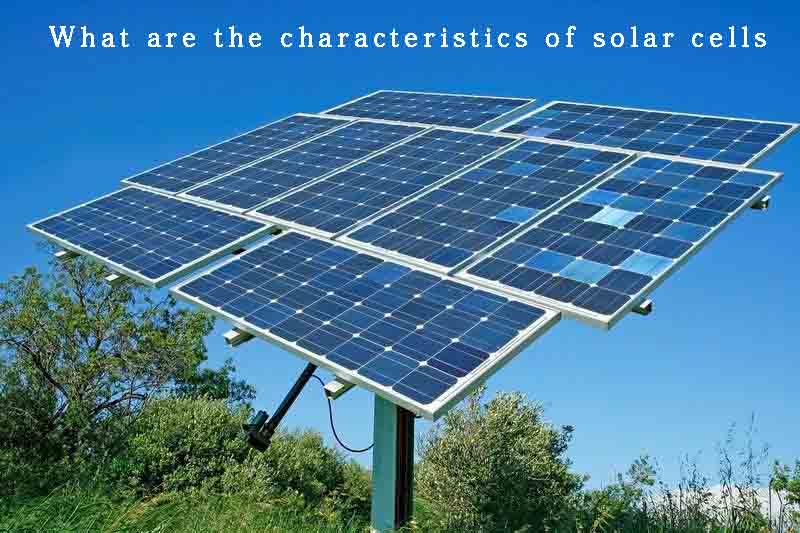 What are the characteristics of solar cells

In the formula, x is any value on the coordinate axis of the solar cell in Fig. 3; La is the diffusion length of electrons.
It can be seen from equation (4) that the collection rate of photogenerated carriers in semiconductor solar cells is related to the distance from the space charge region, and the farther away from the space charge region, the stronger the exponential decay is. The carrier drift velocity caused by the electric field is much greater than its diffusion velocity, so the collection rate of photogenerated carriers can be considered to be 1 in the space charge region. Because the diffusion length Ln has the following relationship with the carrier lifetime τn (5):

(3) Junction depth and surface recombination rate In general, the junction depth is measured in microns or nanometers, and is defined as the distance from the solar cell surface (illuminated surface) to the point where the doping concentration of the diffusion layer is equal to the doping concentration of the substrate. From the surface of the solar cell deep inside the semiconductor material, the spectral excitation rate decays exponentially. However, when the carrier collection rate is the highest, it appears in the space charge region. If you want to collect as many photogenerated carriers as possible, you need to make the space charge region as close to the surface of the solar cell as possible, that is, to make the junction depth as small as possible. , in order to make the high carrier excitation rate region and the high collection rate region closer, so as to obtain more residual carriers to improve the short-circuit current.

If the distance between two adjacent gate lines is x, the junction depth is d, and the gate line length is l, since the top region is very thin (only 1/10 of the thickness of the solar cell), it is approximately considered that the top region thin layer is uniformly doped, and set If the resistivity is ρa, the resistance R between two adjacent gates can be expressed as (8):

For a very thin top layer, assuming that the electron mobility is p and the acceptor impurity concentration is NA, then (9):

In semiconductor physics, the electrical conductivity of a thin layer is described by the resistivity per unit thickness, which is called sheet resistivity or sheet resistance, and is represented by Ω/□, then the sheet resistance R of the top layer of the solar cell can be calculated by the following formula (10):

The lateral resistance is part of the series resistance of the solar cell, and we want its value to be smaller. However, it can be seen from equation (10) that the mobility μn, the acceptor impurity concentration NA and the junction depth d are mutually restricted, so it is necessary to comprehensively consider the optimization process. At the same time, the larger the lateral resistance of the top region, the larger the power loss caused. We can use wider grid lines and narrow grid line spacing to reduce series resistance, but it will bring greater optical loss. Combining these factors, for silicon solar cells, the sheet resistance is generally 30~100Ω/□.

Read more: The most common renewable energy sources in life